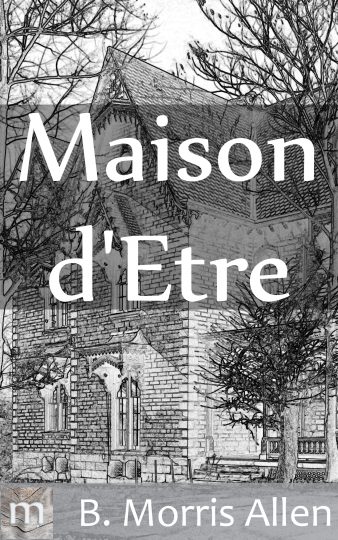 The house stands foursquare on the corner of Thurman, a stolid, enduring presence of granite and slate. It has been there ‘forever’, the neighbours say, and the earliest photographs of the town back them up. Before that … the Atfalati and Wappato tribes scattered long ago, and I’ve never found a member I could ask about it.

A two story structure with a faintly gothic look, the house gives the neighbourhood of low wooden bungalows a note of respectability and permanence. Its dark walnut door opens onto the narrow, tree-shrouded dead end of 30th Street. The rear of the house overlooks the shallow, leafy gulch of MacLeay Park, a finger of green pointing north toward the river.

I’ve been in the house only once, myself, but it’s still in business. I make it my business to know.

The young woman stood on the bridge carrying Thurman above the park. Not ‘carrying’, she thought – the bridge wasn’t going anywhere. And where would bridges go, if they went? Here, to Portland, perhaps – they called it ‘Bridge City’ for a reason. So maybe this was a bridge that had already made its journey, and settled into a quiet retirement, channeling Thurman Street. Very new age, very Northwest.

A motion across the street caught her eye, and she turned to watch a ragged man at the opposite corner. His shopping cart was heaped high with plastic bags. The cart was a good one – solid and smooth-rolling, and she classed him immediately as a permanent street resident. Probably sleeping under this friendly, all-purpose bridge, and out now enjoying a brief sun-shower. All in all, not dangerous. She turned away and dug out her copy of Willamette Week. It was already open to the classifieds, and she spread it out across the parapet of the bridge.

Are you living someone else’s life? Should you be?
If you want to BE, come to
the Existential Society, NW 30th and Thurman.
Committed persons only. $1,000 non-refundable fee.

A scam, there was no question. If the street taught anything, it was that there was a sucker born every minute. Usually her. Greg had taught her that lesson early.

She read through the ad again. A thousand dollars was out of the question, of course. If she had been that rich, she wouldn’t have wanted anyone else’s life. She’d have had enough money to pay the back rent and tide her over until she got another job. Instead, she had until morning to decide whether to accept the landlady’s invitation for “coffee” or find her own bridge to sleep under. Both options led to the same place in the end, and she’d already been there once. She wasn’t going back.