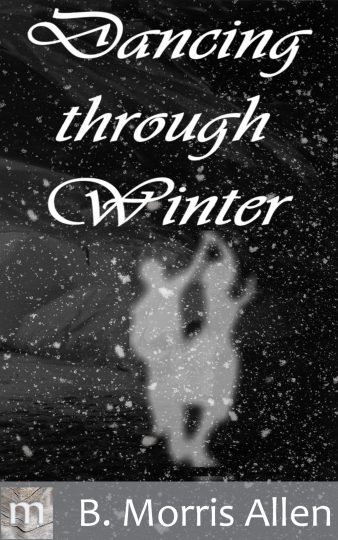 We danced in the darkness, my mother and I, stepping lightly from note to note. If we sometimes missed our footing, we caught each other before we fell.

We could have turned on the lights, I suppose. The portable reactor on the lower level would last longer than either of us. It powered the music we danced to, the fans that moved the air, and the heating that kept us all alive. But Mom came from a generation raised to save – food, water, energy, air, you name it.

She held me close, and I knew that while she danced with me, she was thinking of my father, dead two years now. She hadn’t saved him. But as her hold grew closer, I straightened my back and let her head rest against my shoulder. I was almost her height, and growing fast. Tall enough to be the man of the house. Or of the cave, as the case might be.

Eventually, though, the music ended, and we both came back to reality. She let go slowly, and kissed me on the cheek.

“Night, Mom. See you tomorrow.” As if there were real days in these caverns, instead of a calendar we followed by rote, trusting that the earth still circled the sun under its shroud of soot and ash. As if there were someone else to see, other than Mom and occasionally Mr. Volych and Galia.

She went off to bed, still with no lights. The caves were large, but the four of us knew them by heart. I could even navigate the Volychs’ section blindfolded (and they ours). There wasn’t a lot to do, and when we were younger, Galia and I had played a lot of hide and seek while her parents weren’t talking.

Those days were gone now, victims of an anger I barely understood. I saw Galia only on rare occasions, and only with her father. She looked nervous now, and lonely, but we didn’t get much chance to talk.

The player was finishing another track – more of the Dvořák my mother still loved, and I shut it off. Time enough for music tomorrow, and the next day, and the next.

I had a morning routine – do the few dishes, empty the composting toilets once a week, check the mushrooms (if there’s one thing caves are good for…), check the hydroponics, maybe pick a carrot or two. That was pretty much it, except for lessons, and I usually saved those until later in the day. No sense in having all the excitement at once.